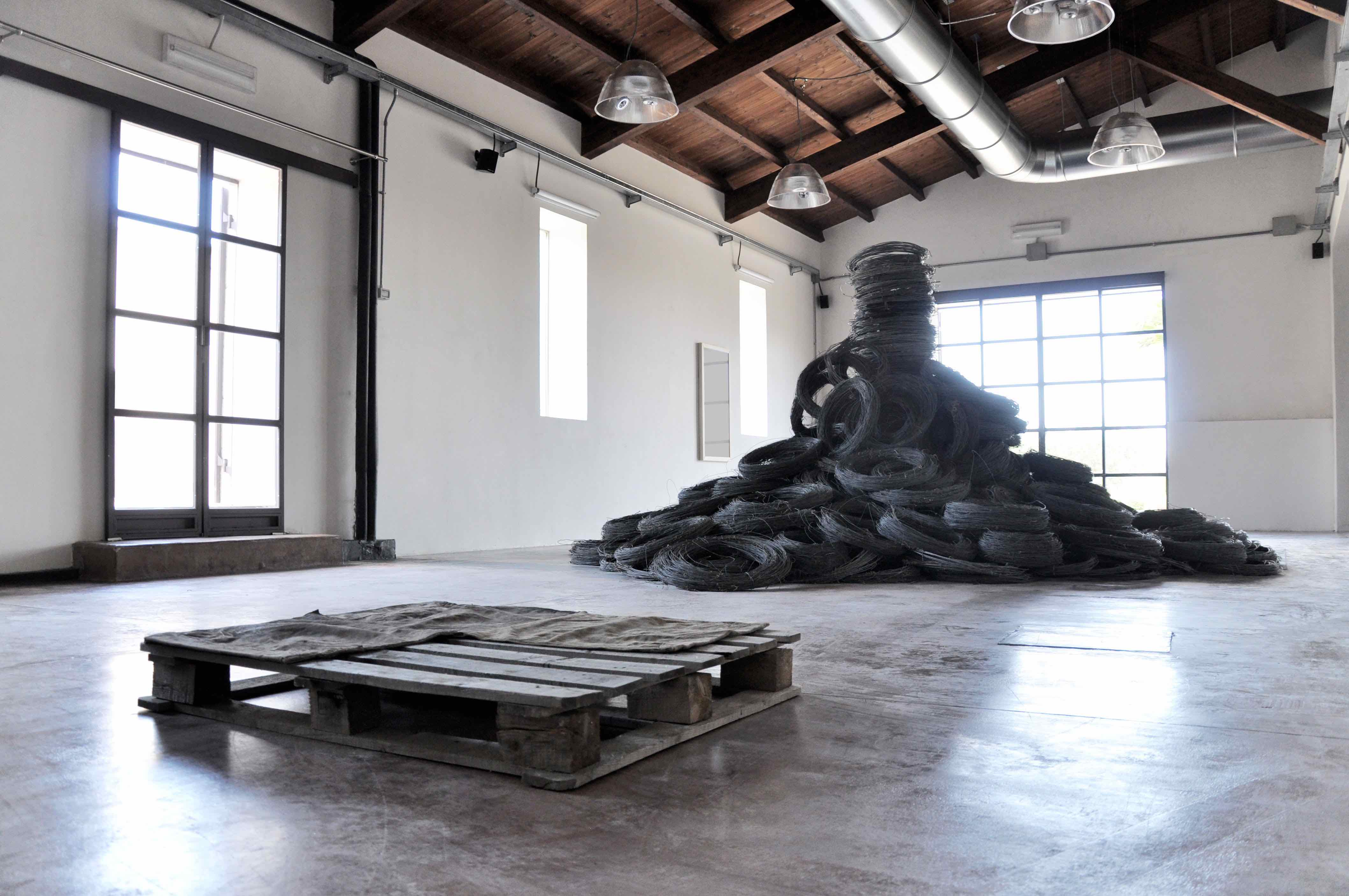 The spasmodic search of fame, of a self-consecration can be traced back to a psychological aspect of our lives, that one of asserting own presence in the world, of witnessing a passage, of giving a tangible sense to own existence. The facts tell us that what has not been registered disappears, as if it has never existed, and this is the bitter destiny of objects, the little things that fill our lives and that remain simple traces of a life.

It is from the sense of exclusion from a precious story, from the unease linked to some memories that the search of the artist Andreas Golinski starts. The German artist, born in 1979, is interested in the true essence of the past and the recovery of those objects that identify a place. He digs them out of the maze of forgotten things and assembles bringing them back to nowadays. It works with minimal signs and leaden tones as if to crystallize the dust settling, building new telling particles. During the weeks of the residence at Mandranova, Golinski retrieves a story, that one of a land cultivated with vineyards and transformed over the years into the impressive olive grove of Mandranova. He uses the old rows abandoned and reduced to coils of wire piling them up to erect a column. A circular incoherent pillar with its shape mimes the vertical ruins of the nearby Acropolis of Agrigento, the artist sets out several ones on the base and so the taste of the picturesque ruins of nineteenth-century flavor resurfaces. This cold dark metal building becomes carnal in the widespread presence of small curls of dried vine, natural trace that refines the still body. The project moves also on the wall; centenary jute sacks, used in the past to transport the wine on horseback, are deprived of their normal use by cuts and geometric seams that give them a new identity. The work becomes two-dimensional, pictorial, composed of ancient signs and short black Cartesian lines. A strict dialogue between past and contemporary time, a ransom offered by art.