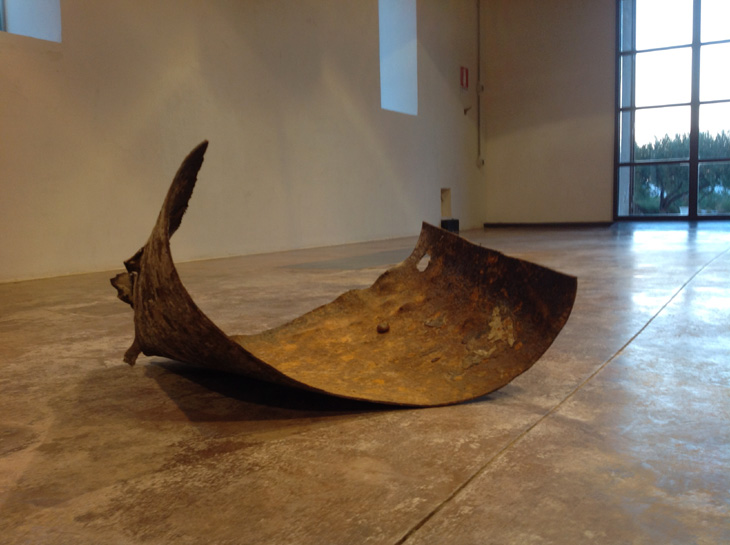 Andrea Romano, young artist from Milan, born in 1984, has always been working with materials and their signifiers. He gathers objects and physical signs that, like descriptive parts of a personal diary, mark the passing of time. Discarded objects freeze the present moment, that contains the past and the future and define the narration of a personal memory.

Originated in 2011, this stocktaking procedure reveals the permanent value of all his work; frail connections, made up of shapes and graphic notes, that through a mutation process increase the ideas of vulnerability and temporal variability. In a constant aesthetic friction, he unites mementos, intact or modified, with dissonant elements creating an ideal atmosphere. His will of leaving tracks of a visual and mnemonic personal path becomes a tale and a landscape study and defines a faint limit between artifice and nature. Romano’s physical approach to sculpture and drawing relates him with the magic of discovery and with the study of material and its possible bearing. Mandranova’s territory offers the artist unlimited and indeterminable possibilities, building up his wealth of experience.

He puts a special ferrous pigment on a glass and on snail shell, modifying through an alchemy reaction their age perception. The resulting inert remains, combined with discarded objects, deliberately conceal the fragility of the object and of its holder, achieving the main aim of Romano’s exploration. Ethereal and poetic are the stone tongues, realized with a particular material, called “Slate Lite”, formed by a thin slate layer on a flexible resin backing, that creates articulated curvilinear extraversions; bare stones continue the ambiguous play of substances and the perfect illusion of an unreal nature.